Wow, Comic-Con was a blast! I was trying to think of any complaints, but I honestly could not think of any that were actually con-related other than my poor aching feet, which I rested today. I only got to stay through part of Saturday, but I got a lot packed in. Here’s the highlights of what I did:

Preview Night: My night was a little relaxed. I met up with friends at the hotel, got our badges, headed into the dealers hall and bought things that people wanted me to buy before heading out to dinner. In more exciting news than what I ate for dinner, Vertical Inc. announced their license of Lychee Light Club by Usamaru Furuya. If you remember that name, CMX was set to license Furuya’s 51 Ways to Save Her before their sad and sudden closure and Viz has licensed Furuya’s Genkaku Picasso.

Thursday: I started my day with Top Shelf’s Manga For Grownups: Gekiga, Garo, Ax and the alternative manga revolution panel. Comic book writer Sean Michael Wilson and manga scholar Ryan Holmberg led the panel along with Top Shelf’s Leigh Walton. They talked about the beginnings of gekiga back in the 1950’s as an alternative to manga (in other words, the word gekiga replaces the word manga) and how this lead to the famous alternative manga mag Garo and it’s replacement Ax, an English version of which is out this month by Top Shelf. (Here’s my review.) They were also pleased to announce Cigarette Girl by Masahiko Matsumoto will be released by Top Shelf sometime in 2011.

A little while later, I stopped by the Fantagraphics booth to get my copy of A Drunken Dream signed by Moto Hagio. It has to be the most beautiful book I’ve bought in the last few years and I haven’t even gotten a chance to really read it yet. Please, please, please buy this book and let it be known to publishers that we want this kind of quality and these kinds of amazing mangaka on our bookshelves!

Next came the Best and Worst of Manga panel, led by Tom Spurgeon of The Comics Reporter. The panel was a fantastic splash of excellent manga, god-awful manga (including one I worked on, Red Hot Chili Samurai *sob*) and a wishlist of manga the panelists would love to see. (And later in the con, there was wish fulfillment!)+ Unfortunately I was too busy being a fan girl to remember everyone on the panel or take notes, but the panelists included Deb Aoki of About.com, editor Shaenon Garrity of Viz and Jason Thompson of Suvudu.com. It was an excellent panel that filled the room instantly, so if you plan to go next year (which I recommend) make sure you get their early and hopefully it will be in a much larger room. EDIT: Here’s the list of the best and worst manga of this year in it’s entirety. 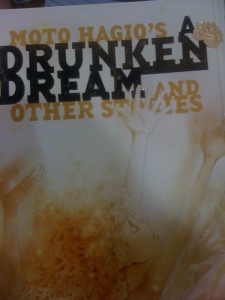 Right afterward was the Lost in Translation panel run by freelance translator and former Viz editor-in-chief William Flanagan. Panelists included Shaenon Garrity and Jason Thompson again, as well as many other manga industry freelancers. They opened up the floor to questions and gave a lot of helpful advice to people looking to break into the industry and opinions on the future of the industry, translating and scanlations.

That night I attended an anime and manga blogger meet-up at Analog Bar where I did way too much karaoke with Gia Manry of ANN and met awesome people such as Vertical Inc.’s Ed Chavez. If you want to get up close and personal with manga industry people, being a blogger helps a lot!

For brevity, I’m going to stop here and continue on my experiences at SDCC tomorrow. There’s just too much to put in one post!