For this post, I was lucky enough to have a blogger from abroad volunteer! Angel Garcia is an IT guy who was born and raised in Mexico. After somehow learning English by watching American cartoons and a life-long diet of Anime and Videogames, he has somehow managed to stay alive in one of the world’s deadliest cities. He’s often found on his website or on twitter. He likes masks and ridiculous poses. (ﾉゝ∀･)~キラ☆ KIRABOSHI!

I was invited to participate in the artist’s alley of a local anime con earlier this year. I had only participated in such events as part of a group or collective, never on my own, so I thought it’d be at least an interesting experience. The con looked like it could be something distinctive, at least locally: It was partly sponsored by a university, and the organizers had enough vision to think ahead of time and plan things accordingly. All in all, I had expectations.

Come the day of the event, I prepared my drawing stuff, my prints and my best disposition, to meet with the other artists and the con-goers. Unsurprisingly, the other artists were all comic-making colleagues, the same artists that go to every comics-and-anime-related event in the area. We set up our tables, and were roaring to go!

All that energy had dissipated by the middle of the afternoon. The biggest local comic group, “656 Comics”, was pretty much getting ready to jump ship and be absent the second day of the event, while my table neighbors and I decided to brave the second day with optimistic, yet cautious disposition.

Battle report: 5 prints sold, three of them to one of my fellow artists, who refused to take any of them as a gift, and another one to an old friend. I can’t even remember who bought the fifth one. Add a couple of drawings, and a small number of sketch cards. The other artists had a similar experience.

Of course I was half-expecting this. I’ve been to every con in this city, sometimes as a regular attendant, sometimes as an organizer, sometimes as part of a collective. You could say I’ve seen it all, and it’s as bleak and depressing as it is hopeful.

I probably should mention I live in Mexico.

And I think it’s important to say that these are the conventions of Ciudad Juarez, the world’s deadliest city.

It’s also a city with a thriving community of otaku full of energy, imagination and the desire to belong.

I was there when this movement began, in this city. I saw it take its first steps, and then try to run, hampered only by the reality of our country.

In order to understand how the Mexican otaku differs from, say, an U.S.A. otaku or a Canadian otaku, we’re going to need just a little a bit of history.

I belong to one of the first generations of Mexican otaku. Our first exposure was to anime was the many series aired nationwide by the television networks during the late 70’s and the 80’s: Gatchaman, Mazinger Z, Robotech, Hello! Sandy Bell, Heidi and Nobody’s Boy Remi, among others.

By the 90’s, the anime boom was in full swing, with many shows becoming huge hits: Saint Seiya, Dragon Ball and Sailor Moon were the biggest. The first actual Mexican otaku emerged during the first half of the decade, but the cultural impact wouldn’t be felt until the latter part of the decade and well into the 2000’s, when popularization of manga, conventions, cosplay and fanzines.

Since its inception, the Mexican otaku culture has been a reflection of Mexican culture itself, highlighting many of the social, economic and cultural problems that the people of Mexico have been carrying for hundreds of years. 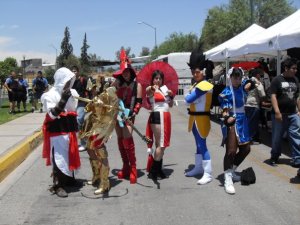 Ever since colonial times, all the power in Mexico has been concentrated around Mexico City. This hasn’t changed in more than 400 years of history, and affects all aspects of life. The first Mexican otaku appeared in the early 90’s in Mexico City; the second half of the decade saw the convention explosion, first aimed at comic fans but quickly overtaken by the emerging otaku.

It took a couple of years before otaku culture started spreading throughout the country with enough strength, both in number an impact. Here in Juarez, the otaku started gaining an identity only after 2001, despite being so close to the United States and having relatively easy access to everything sold over there, from comics and manga to anime DVD’s.

Even though we’re all otaku and live in Mexico, we do not share a singular identity. Unlike the conventions I’ve been to in the U.S., where you can find people who have traveled from all over the country just to be in a particular place and time, in Mexico it’s quite rare to find someone from out of town in any convention, even the big ones in Mexico City. Conventions are almost invariably a very local phenomenon, isolated from other conventions throughout the country; as events in which culture is shared and spread, they’re the perfect example of how isolated Mexican otaku culture is.

2. The Economy and the Market

I remember an article I read some months ago that mentioned some of the contradicting faces of Mexico. In my opinion, one of the most incredible was the fact that the richest man in the world is a Mexican, Carlos Slim, despite the country having a poverty rate, as defined by the World Bank guidelines, of more than 50%.

Now, what happens when more than 50% of the target market does not have the resources to become good and honest customers?

Welcome to the Market of anime and manga in Mexico.

It’s a world of counterfeit, imitations and rampant piracy, propagated by comics and anime conventions. Most of these events do not prohibit the sale of pirated goods, which gives the low-income otaku a chance to indulge their palate without going broke.

What about the other hypothetical 50%? The one with hypothetically more adequate income? Well, it’s not like they have much of a choice, either. Few companies can absorb licensing costs, and bringing a single series is a huge risk, particularly when your competition sells the same product, albeit using a fansub, for less than a quarter of the price. The latest release that one of the few licensing companies has made is Mazinger Z on DVD. And before that? Saint Seiya. And Dragon Ball. And… That’s about it.

What about the internet? Does it provide some legal means of watching anime? Only Crunchyroll, and even then, not all of its series are available in Mexico. Even fansubs don’t have as much impact as convention piracy: The internet in Mexico wasn’t fast or widespread enough to become the number one channel for anime distribution until past the second half of the 2000’s, and by that time the only couple of licensors had pretty much given up in trying to expand the market.

Even the manga industry is dwindling. Only two publishers worked on manga, and one of them has been missing in action for years. The other one, Editorial Vid, barely licenses anything new these days, releasing one or two titles per month. They even have their own stores, called Mundo Vid, in which they sell their titles. They’ve had a permanent 50% sale on all manga for the last few years, to boot. 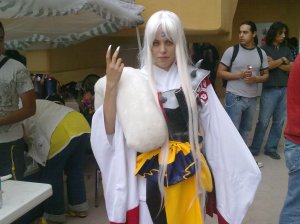 Mexican society is mostly Catholic. It’s, in many ways, very conservative and traditional. There are many Catholic priests who appear on the news when they publicly condemn things like the recently-passed laws that allow same-sex marriages and adoptions by same-sex couples. It is no wonder, then, that the words of priests with such traditional beliefs do influence a good portion of the population.

It doesn’t take much to imagine what happened when series like Dragon Ball Z or Pokémon became incredibly popular: The Mexican Catholic Church demonized the hell out of them, and everything that came out of Japan.

Even though these titles are no longer as popular as they were ten years ago, the stigma remains. Many of the younger Juarez otaku I’ve talked to have stories of problems with their parents, and how they disapprove of their hobbies due to the traditional Catholic priest’s discourse. This is particularly prominent in low-income families, which also tend to be more conservative.

Nevertheless, otaku culture has thrived in my hometown, Juarez. The clubs have multiplied; there are conventions and public events every month; cosplayers are numerous, and their costumes are increasing in quality. The attendance and involvement have increased throughout the years, and show no signs of stopping.

Despite, you know, being a place where at least 8 people are murdered per day, on average. And that’s without considering all the rampant kidnapping, theft and violence that pervades our lives and minds. We live in fear, paranoia and uncertainty. In more than two years, this situation has done nothing but escalate.

And yet, the Juarez otaku still try to attend the anime conventions and events. Despite the lack of safety, the opposing parents and the lack of a structured industry, the otaku in Juarez and Mexico thrive. The internet helps: blogs, message boards, social networks, all help create a sense of community, despite all the things that bring us apart. But even then, all that exchange is limited to the virtual world: We’re still separated from each other, and from the world. Who knows how this otaku generation, in both its isolation and innovation, will affect the future of a disordered country’s society and culture?

Photos are courtesy of Leonardo Hernandez, Marisol Pastrana and Alma Roman and are being used with their permission.